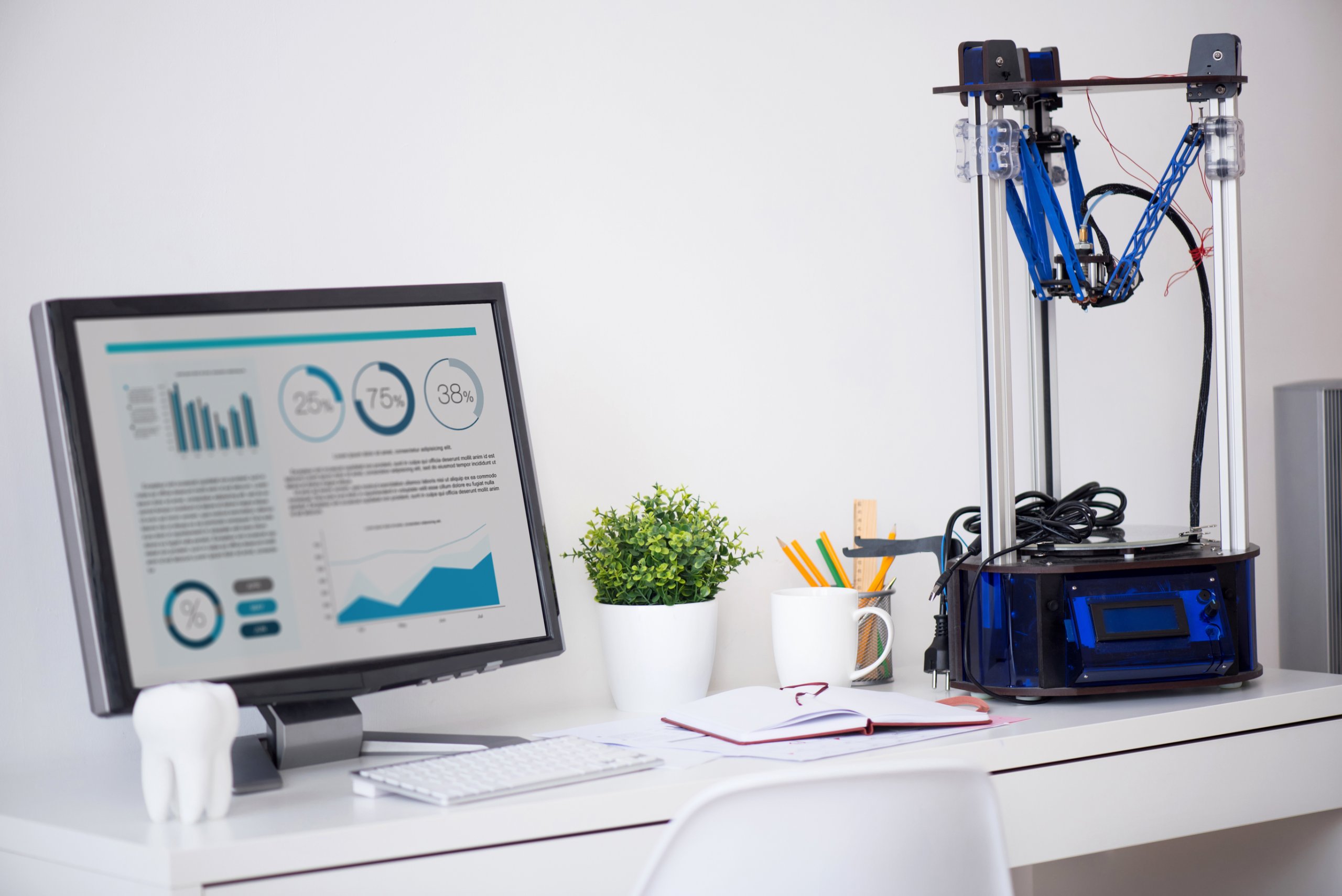 3D printing at home or in the workshop is becoming normal. As the technology becomes more accessible for more people, the specifications that are required become more accessible as well. More people are doing 3D printing themselves, and those who are first starting out may be asking, what computer do you need for 3D printing?

3D printing requires nothing more than an average home computer. Normal 3D printing files are usually less than 15MB. A high-spec computer is required for 3D modeling and generating 3D files. Normal computers are fine for light printing. For designs and complex prints, a good computer is better.

What Computer Do You Need For 3D Printing?

3D printing technology is becoming more accessible. There are many 3D printers on the market now that are intended for use in homes and small workshops.

The fact that these machines are being designed and built for ordinary people, no longer only for large companies with near-unlimited budgets, has forced the creators of 3D printers to make them useable without access to extremely advanced or high specification computers.

Modern, home-use 3D printers do not require anything more powerful than an average home computer to run effectively.

In fact, many printers can be used without a computer at all. They simply require a 3D printing file on a memory card.

This means that the computers that are required for 3D printers that are available to consumers do not need to be high-spec machines.

It is recommended that the computer that is being used in conjunction with a 3D printer should have at least 6 – 8 gigabytes of RAM, and a decent processor, at least a Corei5 or Corei7.

Most of the computing power that is required for 3D printing is for the actual design and modeling of the 3D printer files.

These files need to be 3D modeled in sophisticated software and rendered out to be compatible with a 3D printer.

If you are simply downloading 3D printer files and sending them to be printed, a normal home computer is sufficient.

However, if you are doing 3D model designs and rendering them for use by a 3D printer, then a relatively high specification computer is necessary.

To create and render 3D models for 3D printing, the computer that is used must have decent RAM, a fast processor, an above-average graphics card, a good monitor, and plenty of storage.

This hardware is required due to the intense computing that is necessary for 3D modeling and 3D rendering.

Will A Normal Household Computer Work For 3D Printing?

The average household computer is more than capable of controlling a 3D printer.

Almost all modern home computers run relatively high specifications compared to the computers from just a few years ago.

All of these specs mean that most average computers are able to handle 3D printing for most normal 3D printer users unless the computer is older or somehow damaged.

The reason why normal home computers are suitable for 3D printing is that the actual printing processes are not very intensive.

If you have downloaded a 3D printing file, all is required is to set the size of the print that you want to make of the file and send it to the printer to be generated.

This is not a very complicated process and does not require very much computing power.

The trouble comes in when trying to create and render 3D models to be used as files for 3D printing.

This process is much more involved and requires much more power from the computer.

The CAD software that is used for generating and rendering 3D models for 3D printers is very CPU intensive and so requires the machine to have a good processor and RAM. The computer requires a good GPU as well, as better detail can be achieved in the 3D model if the user can see greater detail in the program.

For these reasons, normal home computers are able to run a 3D printer and will be perfect for use by light 3D printer users or by those who do not design their own complicated 3D prints.

Anything more will require a better computer.

Below are some best ideas for some standard home computers that will work well for 3D printing:

All of these computers are perfectly suited for normal 3D printing requirements for most users.

As we have already established, most normal computers are able to run 3D printers and send model files for printing very easily.

However, having a high-spec computer is a big advantage in the world of 3D printing.

If you are a 3D printing pro or need to create your own custom and specific 3D designs for printing, whether for replacement parts, repairs, or building intricate machines and models from 3D printed parts, an average computer will not be good enough.

For 3D printer users that require more from their printers than small 3D printed trinkets and toys, more sophisticated 3D printers are required.

Designing 3D printed models is usually done in some form of computer-aided design (CAD) software. This type of software generates 3D models by essentially building the object from many tiny triangles.

This is due to the fact that 3D printers print in layers, and each layer must be individually built of segments for the printer to understand how to build the object.

If the model that is being generated in the 3D printer must be high-quality and high definition, then the number of triangles that make up the model has to increase, and the shapes themselves must become smaller to smooth out the surfaces of the object.

This sounds insignificant, but the truth is, as the portions of the model become smaller and as their number increases to increase definition, the amount of required processing power increases drastically.

For this reason, a relatively high-spec computer is a requirement for designing and rendering 3D printer models.

These computers are expensive, but they are very well suited for all 3D design, modeling, and rendering that is required for making your own 3D print files, and they are well worth the price.

The computer that is used for 3D printing does not have to be very high-spec as long as it is only being used to control the 3D printer and send 3D printing files to the printer.

If you make your own 3D printing designs and render 3D models for 3D printing, then having a more high-end computer is necessary due to the complicated programs that are required for this process.

Most modern home computers will work perfectly for light to normal 3D printer users, but for anyone doing anything more complicated than printing downloadable 3D objects, a decent workstation may be needed.

There are many computers available on the market today that are perfect for 3D printing. Whether you are printing simple objects or designing complex 3D print designs, there is a computer that is perfect for your needs.

When it comes to the computer that you are using for 3D printing, it is best to determine what your 3D printing requirements are and choose a computer accordingly!